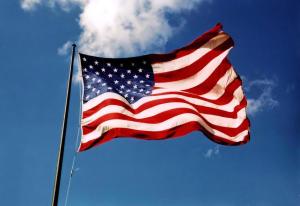 Twenty two years ago, I set out in hope of making it on my own. I ventured out on wobbly legs, believing with all my heart that I would be able to stand. In my naiveté, I thought I could move one thousand miles away and fully tackle life. I thought I would be fine away from my mom, away from my dad, and away from everything I knew. Because I had my friend. And we were seeking what every teenager yearns for… freedom. I thought that I’d find freedom in a place called Fort Lauderdale, Florida. But since I didn’t have much of a plan, my stay lasted just short of two months. Before I knew it, I realized that Florida was not the land of the free. At least for me.

It’s one evening in particular that comes to mind. A night that was telling in every way. See, I came home to my apartment late, only to find it filled with at least sixty people. Each room was filled, and there was quite a party in full swing. And so, I did what most eighteen year old girls would do… I joined in. However, things became a little loud. People started to filter through the whole complex, congregating in the stairwells and using the pool. There were arguments and fire alarms were pulled. And it’s not surprising that the police made an appearance. But I didn’t want to talk to them. I wasn’t equipped to. I was underage and I had been drinking. I was scared. However, when the police demanded to speak to someone whose name was on the lease, that task fell to me… a frightened, ignorant eighteen year old who had gotten herself into a predicament. Frankly, I didn’t know what to do about it. And you know, I really don’t recall much of the conversation between me and the police officers. Only one statement is clear. I cried out, “I’m from Virginia! I don’t know anything!” And now, I just have to laugh at that. What was I thinking? What kind of answer is that? I don’t know anything… Miraculously, I wasn’t taken to jail that night. And truth be told, I probably should have been.

Yes, my time in Florida is what I thought of this morning. And in the remembering… I see a picture of a naïve, young girl. Although she was ignorant in many ways, she set out courageously. However, she found out rather quickly that she was not equipped to be on her own. Not then. She wasn’t ready for the freedom she sought, and her own words proclaimed the truth… “I don’t know anything!” And so this is the statement that plagues me this morning. I am struck with the realization that in truth, not much has changed. I may be twenty-two years older than that young girl who set off on an adventure, but this morning I see… I don’t know anything! 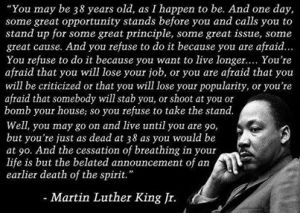 Over the past week, I’ve explored pleading the fifth (keeping silent) and pleading Jesus (confessing with your mouth). But now, I realize there’s something else I’ve been pleading over time. For as long as I can remember, I’ve been pleading ignorance. At least in one particular arena. At all costs, I avoid politics, and current affairs, and the other hot issues of our day. Because I prefer to play it safe. If I see something controversial posted on Facebook, I dare not share it. Because what would people think of me? Or, because I’m so ignorant with regard to a certain topic, I stick my head in the sand rather than face it head on. Pretty cowardly when I think about it. But I’ve always had an excuse. I use ignorance. I justify not saying anything because I don’t know enough about a subject to address it. In essence, I plead, “I don’t know anything!” Just as that eighteen year old girl did long ago. But that’s not good enough for a forty year old woman. The reality is, it’s time to grow up. The reality is, it’s time to take responsibility. The reality is everything that we’ve heard since growing up is true… change begins with you! Take a stand! Do something!

My thoughts? God’s word says, “To him who has, more will be given; but to him who does not have, even what he has will be taken away.” Mark 4:25. And so this morning, I wonder… what about freedom? Does this verse apply to freedom, too? We’re told we live in the land of the free, but at times, it feels that we’re helpless to do anything. It’s supposed to be we the people for the people, but it seems as if it’s a few people for certain people. Today, I feel threatened. As an American citizen, I feel a bit fearful of what the future holds. Because God’s word says a house divided cannot stand. What about our country? See, it was founded as one Nation under God, but now, America is many nations under many gods. Can our country stand? Will it?

Here’s the truth about me. I have taken my freedom for granted. I take my rights for granted. I take the United States of America for granted. Because I’ve been too comfortable. I leave all the political stuff to other people, because my life hasn’t been messed with much. I feel stable and somewhat secure, and by other countries’ standards, I’m rich. I’m doing just fine. But what about other people?

I have freedom… for today. Today, I can say what I want and I can worship God without the fear of being persecuted. But what about tomorrow? Because I see these freedoms being taken away bit by bit. And that alarms me. See, I wonder if what takes place in other countries can really take place here. Because the truth is, on other continents, Christians are murdered. Did you know this?  There are those who believe in Jesus Christ, and if they choose to stand for Him (to fly their flag, so to speak), they can be maimed, burned and slaughtered. Because of what they believe! Have you ever heard that? Why isn’t this front-page news? What’s taking place in Syria is horrible. It’s tragic and scary! But the reality is these things happen every single day. Every day people are killed for different causes, but the media chooses to report only what they deem important. It appears that Christians being murdered is not high on the list.

This week, something has come alive inside me. And I believe it’s called patriotism. After all this time. I am forty years old. Why the delay? Have I been too selfish? Too inward focused? Am I just now arising from a deep slumber? Or is it the threat to our country, and realizing that I’m at the mercy of what our leaders decide to do. It seems as if it’s their decision, not mine. And that scares me. Is it still “we the people, for the people.” Is it still my country tis of thee, sweet land of liberty….

Our fathers’ God to Thee,
Author of liberty,
To Thee we sing.
Long may our land be bright,
With freedom’s holy light,
Protect us by Thy might,
Great God our King.

Freedom. It’s ours today. But we cannot sit by idly. We must fly our flags. And not just on flag poles. We the people must stand for what we believe in. Do you know what you believe in? I mean really know for certain? Are you impassioned for a cause? And if so, are you flying your flag? As for me, I no longer wish to plead ignorance. I don’t know anything is a poor excuse when freedom is at risk. My saying, “I don’t know anything,” is to surrender. And I love my country. I have a voice. And I will raise it… for America. I shall fly her flag. Proudly. Freedom will be my cry.