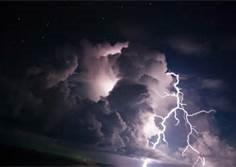 I’m not sure how many more blogs there will be. Because it seems as if this blog has been a journey. And perhaps at some point and time, I may actually find my way. I’ve had that feeling several times now. Once, I even typed up a “Gone Fishin'” blog, and was ready to “hang it.” But, more words came. And I guess the reason I mention a possible ending is because of all the darkness. I keep going back to “dark times.” But you know, I think I already know the answer to the darkness. I’m quite sure God has told me what to do about that. But oddly, I see ahead to more twists and turns of this blog. And as I’m being led along, it appears that I’m in a holding pattern of sorts… for now. See, the light shines and beckons me. And if I can just make it there, I’ll be okay. I creep closer and closer, and drag myself to the edge of light, but then something sends me off in another direction. Delayed.

You know, I wrote a book in the fall of 2011. It’s my story… all about God & me. And at first, it was titled, “From Darkness to Light… that they may know.” But the funny thing was, the light was still out of reach. Because on the heels of writing it, I sank to such a depth of darkness, it took some time to rise above it. And so, it was last summer that I rewrote my story. As a matter of fact, I believe it was in July… one year ago. And so, the second draft was called, “My True Deliverance… Wilderness Wanderings of a Modern Day Woman.” And here I am today, still writing my story. But this time, through blog format. And what’s apparent to me today is that I’m still walking in the dark. And despite my best efforts, I persist in wandering through the desert. And so, I wonder. Perhaps what I originally thought was an offering to God… a standing stone to memorialize what He has done for me… is actually my “Farewell.” Because I am writing about what’s closest to my heart and mind. It’s everything that’s important to me… and it’s what I want for my son, and for my family, and for my friends to know. It’s everything I would want to pass on to those I care the most about. My fare ye well, so to speak.

This is what the LORD says: Cursed is the man who trusts in mankind, who makes human flesh his strength and turns his heart from the LORD. He will be like a juniper in the Arabah; he cannot see when good comes but dwells in the parched places in the wilderness, in a salt land where no one lives. Jeremiah 17:5-6

Do you know what the Arabah is? It’s desert. And this is such a picture of me. For there is still this part of me that places my trust in human flesh. There is still part of me that turns from God. And so help me, I cannot see the good when it comes. I have been dwelling in a parched place, a lonely place, a dark place… but it’s really my own doing. But you know what. I feel more hopeful right now than I have in a long while. I feel the stirrings of revival down deep in my soul. And I can sense the warmth of His light filtering through haze. Yes, hope is taking root. And it’s good.

You know… God called His people out of Egypt. He delivered them from slavery, and made Moses their leader. And after a dramatic deliverance from the Egyptians through the Red Sea, God led His chosen people through the desert on a journey to the land of promise. And at first, the people sang praises to God. But it only took a few days before praise turned to complaint. And then, complaint turned to distrust and disobedience, which kept them wandering the desert for 40 years. And it was through their wilderness wanderings that the children of Israel discovered just how much they needed God.

And then… there’s me. I felt that God delivered me from a place I didn’t want to be, and led me directly into my promised land of Virginia. But in looking back, I can see what really happened. For the footsteps that led me to my hometown really deposited me into the middle of a desert land. Because that’s how I’ve been living the past three years. I’ve been dwelling in a parched land, despite being in the very place I wanted to be more than anything. I could not see the good when it came. And so, praise turned to complaint, and then to distrust, followed up by disobedience to God! And thus, I am in the dark. And thus, God feels distant. And so, it’s here… in the midst of my wandering that I realize the truth. I know how very much I need Him. Because nothing else will work. Nothing. Because when you’re in the dark, well, quite obviously… you need a light. Eventually, you simply get tired of walking blindly.

And here’s the best part… I once was blind, but now I see. And because my sight is restored, I finally realize… there’s purpose to this darkness. See, if I never experienced the dark, how would I ever recognize the light? And the darker the days, the brighter His light burns. And so finally, this wretched soul can see. Because there is light… His light. And because His light is within me, I find that my dark is not so dark after all. And I finally understand that God has been here with me this whole time. Not just in the good times, but also in the center of the storms. He’s here in the midst of the darkness… right here with me… simply waiting for my eyes to adjust.

All the people witnessed the thunder and lightning, the sound of the trumpet, and the mountain surrounded by smoke. When the people saw it they trembled and stood at a distance. Moses responded to the people, “Don’t be afraid, for God has come to test you, so that you will fear Him and will not sin.” And the people remained standing at a distance as Moses approached the thick darkness where God was. Exodus 20:18, 20

The people feared the thunder and lightning. The dark smoke intimidated them, and so they stood at a distance. But not Moses… He knew it was God. He knew God’s nature, and did not fear the storm. And so Moses went forward… and approached the thick darkness where God was. God was in the darkness. And so, when I have those moments, I must remember. He’s with me… in the dark. And there’s purpose. It’s so that I’ll really see Him. Because when I’m at my darkest, His light shines the brightest. This is when I need Him the most.

And so, like Moses, I shall not fear the storm. Because I know God is in the midst of it. And the purpose of the dark is so that I’ll learn to trust Him. Because when I’m at my darkest, it’s then that I realize nothing else will do. Nothing but Him. Because I need Him, I’ll turn to Him. His light will draw me. For God does not intend for His children to walk in the dark. No, He calls them out of the darkness… into light.

But you are a chosen race, a royal priesthood, a holy nation, a people for His possession, so that you may proclaim the praises of the One who called you out of the darkness into His marvelous light. 2 Peter 2:9

4 thoughts on “In the dark”