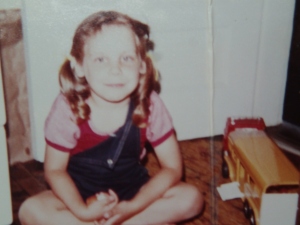 I’ve been duped. Deceived. And oh, how crafty he is. For he first introduced himself to me when I was tender and naïve. Young and awkward and so incredibly shy, I would hide behind my mom’s skirts avoiding eye contact with most people. Money was not flowing, so my clothes were hand-me-downs or from thrift stores. My home was an apartment on the backside of the store with a cow pasture as my view. And at first, none of this bothered me. But as I grew, shame set in. It was when I began school and saw all the other kids that the serpent planted his seed deep within me. It was then that he smiled at me, offered me his hand along with a taste of his bitter fruit. And I eagerly placed it to my lips swallowing it down whole. All of it. For he knew what would hurt me the most. And so, he told me his name. I first came to know the evil one as comparison. He peppered me with lies as I grew and I consumed every tidbit.. You’re so shy you can’t even talk. That means you’re stupid! You’re so ugly… look at your friends. How much prettier they are. Look at how she talks and laughs and attracts other people. You’re so dull, I don’t even know why she’s your friend. Look at your clothes… You can’t even afford nice ones.

And so, the sly one knew just when to introduce me to another of his attributes. For when I was a teenager, I encountered him in the form of desire and craving and ambition. Another of his lies gobbled down and tucked away into my heart. Deeply entrenched. I hated myself. I didn’t want to be me anymore. And so, because I didn’t really know what else to do, I joined the military. I got as far away from my home land as I could. I wanted a fresh start. Perhaps there, I would become what I was not. Perhaps elsewhere, I would become successful and desirable and knowledgeable like the friends I grew up with. Anywhere would do as long as it was as far away from my humble beginnings as I could get. Shedding my family and my mistakes and my old skin, I set out for adventure. I set out to be more than I was. I set out to become a new person.

Who is wise and understanding among you? He should show his works by good conduct with wisdom’s gentleness. But if you have bitter envy and selfish ambition in your heart, don’t brag and lie in defiance of the truth. Such wisdom does not come down from above, but is earthly, sensual, demonic. For where ever selfish ambition exist, there is disorder and every kind of evil. James 3:13-16 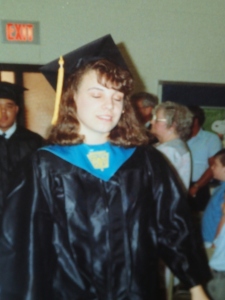 Oh, his tricks are not new. It was deception he used in the very beginning and still works like a charm today. He knows how to speak and he covers up the truth. For although wisdom calls out in the streets and she raises her voice in the public squares, the deceiver’s smooth voice silences godly instruction. And he uses a language that God’s creation readily identifies with. He’s fluent in the tongue of desire. His speech tickles the ear…

God took man and placed him in the garden of Eden to work it and watch over it. And the LORD God commanded the man, “You are free to eat from any tree of the garden, but you must not eat from the tree of good and evil, for on the day you eat from it, you will certainly die.” But, the serpent! He was the most cunning of all the animals that the LORD God made. He spoke to the woman. “Did God really say, ‘You can’t eat from any tree in the garden?'” And the woman knew God’s command for He had instructed His creation. But the serpent lied. He deceived. And so, the woman saw that the tree was good for food. It was delightful to look at. And it was desirable for obtaining wisdom. So she took some of its fruit and she ate… (from Genesis 2 and 3)

Not only did Eve swallow the serpent’s deception along with the fruit, but she offered the same to Adam. The deceiver interjected a lie into the garden and it spread. And after both ate what they were commanded not to, their eyes were opened and they knew what they didn’t know before. Nakedness. And shame. And fear. For they ignored God’s commands. Rather than hold to His instruction they embraced foolishness instead. For when they disobeyed the LORD, they left wisdom in the dust…

The fear of the LORD is the beginning of knowledge; fools despise wisdom and instruction. Proverbs 1:7 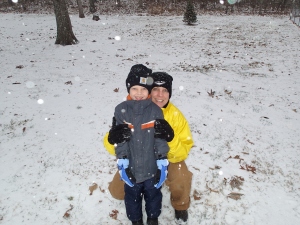 I’ve been duped. Deceived. And oh, how crafty he is. And his tricks are old ones. For deception is the language he’s used from the very beginning and unfortunately, it still works like a charm today. And when the serpent speaks, he covers up truth. I’ve been reacquainted with the sly one recently. He subtly interjected his voice into my thoughts. And increasingly, it’s him that I hear over all other voices. Even the voice of truth.

I left home at nineteen and indeed, I came home a new person. I am not who I once was. But in truth, some of my insecurities remain. And incredibly, over the course of the past few months, I’ve allowed myself to dialogue with the devil. He reacquainted himself to me through the form of one of his greatest tools… Facebook. And there, comparison speaks loudly. For it’s there I see images of happy, beautiful people. It’s there that I see women making tasty treats for their children and ruing the day their kids set off to school. It’s there that I see friends linking with friends. And so, an old familiar voice whispers in my ear. He offers me a taste of his bitter fruit… and I eagerly place it to my lips and swallow it down whole. Not only do I listen to his lies, but I believe them… Look at you! You’re a horrible mother. Other women can’t bear to let their children walk out the door and you do a happy dance when you get a few minutes alone! You’re awful! Why weren’t you invited to that? They must not like you. In fact, you don’t have any friends. You’re too dull. A prude. Why would anyone want to spend time with you. Not only that, you’re overweight. And boring.

And his lies are endless… his fruit inviting. And so, I fill up on its bitterness leaving wisdom behind. I embrace folly as I leave God’s wisdom in the dust. And as I compare myself to other women, I feel less and less and less. And the more I believe I am less than, the more I remove myself from a world I was once a force in. I hide away in shame. In guilt. In fear. And the serpent dances with glee. For he’s won the game with me.

It’s incredible. I cannot believe I find myself here today. And honestly, I’m a bit surprised. How could I let myself get back here? But you know, I’m also thankful. Because today, I see it. I see the truth. I’ve been feasting on the bitter fruit of the deceiver. But God offers me another fruit. His fruit. His peace. His truth. For wisdom calls out in the streets and she raises her voice in the public squares. I find that wisdom in God’s word. And there, I find His voice. In time, if I allow it, His voice will silence the lies.

Today, I turn to God and His instruction. And as His voice becomes entrenched in my heart and mind, the slippery one becomes more muted. As his lies fade, I gain strength. I decide to shake hands with the devil no longer as I instead cling to God’s outstretched hand. But it’s up to me. Every day the choice is mine… His hand or the serpent’s hand. The voice of truth or the voice of lies. Wisdom from above or wisdom from below. My choice. Because the fruit is there for the taking.

But the wisdom from above is first pure, then peace-loving, gentle, compliant, full of mercy and good fruits, without favoritism and hypocrisy. And the fruit of righteousness is sown in peace by those who make peace. James 3:17