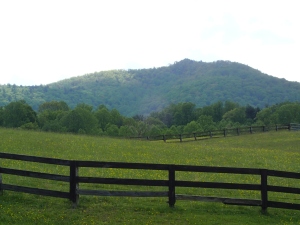 About seven years ago, I was sure God promised me something specific. When I found His words tucked away in the pages of Jeremiah, I just knew He would send me back to my hometown in Virginia. For it was the place I longed to be.

Yes, a holy confidence was instilled deep in my soul as I read, “I will gather you from all the nations and places where I banished you… I will restore you to the place I deported you from.”

As to the prophet’s message being for God’s chosen people, Israel, that mattered naught. Because in the Spring of 2010, God whispered them into my spirit. No doubt Jeremiah’s words were meant for me. Because there was absolute certainty. Oh yes, I knew God would send me home.

Naturally, I told more than one person about the promise. And when it actually came to pass a mere six months later, I was elated. Because His words were proven. What God promised – to me – came true.

Now therefore, give me this mountain of which the Lord spoke in that day…  Joshua 14:12

This verse from Joshua stirs me nearly every time I see it. Because God made a promise to Caleb, too. Something specific. Yes, he was to receive a certain tract of land and eventually, it happened. Not within six months, though. Unfortunately, he had to wander the wilderness forty years along with a disbelieving nation.

But Caleb did believe God. When all others didn’t, he did. He knew God could give them the land. He had absolute certainty. A holy confidence must have permeated his soul. Because he was only one of two who believed.

And so after a forty year trek, Caleb was finally able to utter those moving words…

“Give me this mountain.”

From Caleb’s story, we see that what began as a promise turned to reality. God’s words proven. In contemplation, I feel Caleb’s mountain can be interchanged with promise. Because he didn’t just lay claim to a piece of property that day. No, He claimed God’s promise. One specific to him. One version of the Bible says it like this…

“Now give me this hill country the LORD promised me on that day.”

Yes, Caleb believed what God said. His reward? A particular portion of the land. A mountain, no less. And so after four long decades, Caleb’s dream – or promise – or mountain – was realized.

“For I know the plans I have for you,” declares the Lord, “plans to prosper you and not to harm you, plans to give you hope and a future. Then you will call on me and come and pray to me, and I will listen to you. You will seek me and find me when you seek me with all your heart.

The very first promise specific to me came from this passage in Jeremiah. God used the prophets words and I was assured. Alas, because of my single-mindedness, all I could see was the promise of Virginia. And I set my hope in my homeland. But in doing so, I neglected to see the deeper promise housed within the message…

Yes, God promised something more than just a different zip code. Something weightier. Something that affects me infinitely more than moving to Virginia ever could. Or would. Or did. I just couldn’t see it in 2010 when I set all my hope in my native soil.

And yet, it’s there. A promise I couldn’t see till years later. For only now can I know what God intended by sending me home. See, it was an answer to a heartfelt prayer. I had prayed to know Him. I determined it.

Yes, my determined purpose was to know God.

Funnily, hindsight allows me to see my hometown (my personal land of promise) was not really the promised land after all. Really it was more of an exile period. Because once I settled, I descended into a black hole of sorts.

But it had to happen that way. Because only by obtaining that which I wanted most in life could I learn the truth. That it wasn’t a land my soul longed for. It was God. And truly, He was and is my real promised land.

That realization couldn’t occur until I discovered my home didn’t satiate me as I’d so hoped. That’s when I was forced to really place my hope in Him. Perhaps for the first time.

Because home didn’t work. It didn’t free me from what ailed me though I thought it would. No, my hometown didn’t cure me and it for sure didn’t fill me. Thus, I finally comprehended truth. I needed God. Not a land.

In 2010, God promised to return me home. But in obtaining a land that didn’t satisfy my soul, I was forced to turn to Him. And that’s when I uncovered an even deeper promise through the passage of Jeremiah.

Turns out I was a prisoner. Before Virginia, though, I didn’t realize I’d been in a cell. Oh, many things made up my bars. Regret, a covered up past, and shame just to name a few.

But somewhere along the line, I realized what God really offered to me so long ago within that very first promise. A homeland that led me to God really led to more. Because ultimately, it was freedom God promised through the words of Jeremiah. I just couldn’t see it.

Yes, it seems that freedom is my next dream – or promise – or mountain. Freedom from all the junk that confined me for way too long. It’s there for the taking. I just have to claim it. And for a time, I had the faith to do so.

Like back in 2010. Oh, so bold. I had no doubt my God would deliver on His promises. And the woman I was in 2011 was no different. That’s when God made a new promise. Yes, a holy confidence was instilled in my soul. He would do it!

2012, all good. Bold and expectant. 2013 brought more of the same. But somewhere after that, I threw away my confidence. Delay birthed doubt. And eventually, I just stopped
believing God for the promises. And there are many.
Yes, God has sweetly whispered to my spirit. He’s made promises – specific to me. One after another… beginning with Himself. And freedom. But so much more. A whole mountain chain of dreams. How could I forget them?
Today, though, my God reminded me. The promises remain. And just because my faith faltered, He has not. That’s when I felt my heart beat anew. A holy confidence inspired me to lay claim to what He said I should. Yes, I prayed like I haven’t in a long, long time. It was fervent prayer. Believing prayer.
And I told God I believe Him.
And as I laid claim to the promises, it was as if I echoed Caleb’s cry. “Give me now this mountain!” Or dream. Or promise.
Thus, I am confident. And expectant. Because a new dream, which is really an old dream, will soon be realized. I have faith that He will do it. Because my captivity is coming to an end. The bars of unbelief that stunted my prayers for much too long have been broken.
In fact, I think they’re already gone.
Because I believe Him. 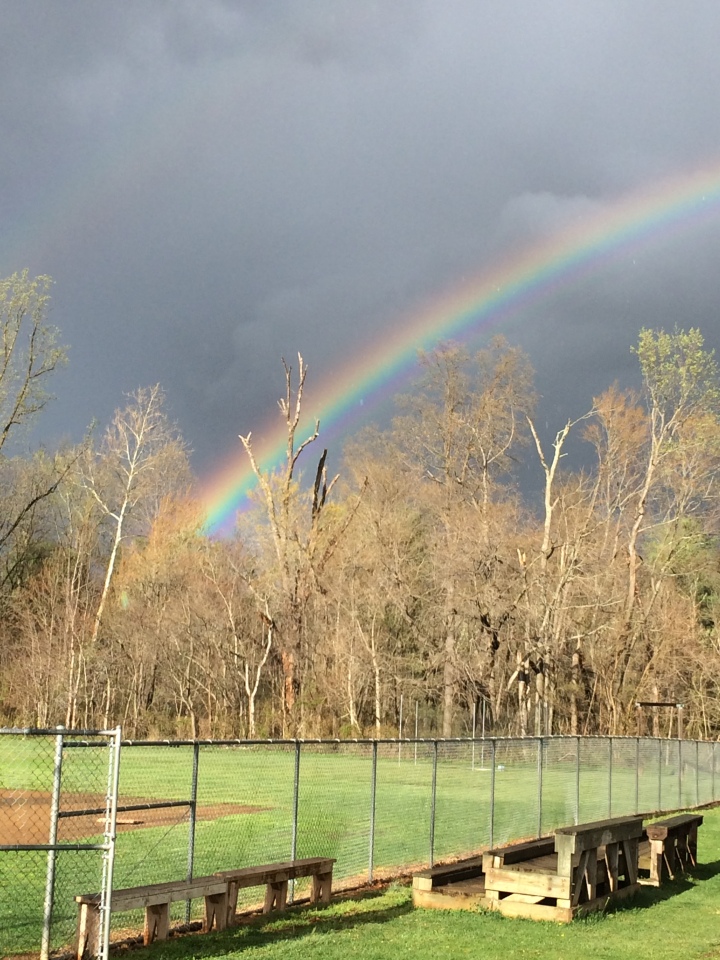 I just love how God works. I love how He confirms things. See, I wrote out His promises today one by one. From 2011 and 2012 and so forth. And I prayed over them like a woman on fire. And this evening, he blessed my prayers with a rainbow.
His bow the symbol of his promise to mankind (Genesis 9:13), but tonight it seemed like it was just for me. Like God was saying He heard my prayers. And that my next mountain – or promise – or dream is within reach. Yes, it’s right there before me. Because I can see what He wants for me.
Beyond the freedom. All I have to do is lay claim to it. To boldly pray, “Give me now…”
Like Caleb did. For sure, his words are stirring. Because he spoke of more than just a mere mountain. It’s a promise he referred to. The promise of God.

See, God made a specific promise to Caleb. Same thing with me. A promise proven over time. But there’s more promises to be had. As countless as the stars. More mountains and more dreams. But not just for me.

More for you. Specific to you. You just have to believe Him. Let a holy confidence settle in your soul. And then, with absolute certainty, claim His promises. Like Caleb did.

You can start there. Repeat after him…

“Give me now this mountain!”

“Today I am setting you free from the chains that were on your hands… Look- the whole land is in front of you. Wherever it seems good and right for you to go, go there.” Jeremiah 40:4